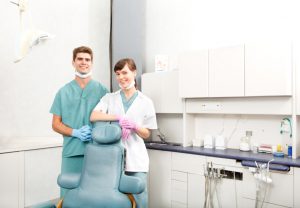 Oral cancer affects over 48,000 Americans each year, resulting in an alarming death rate of roughly one person per 24 hours. With nearly 9,600 Americans dying each year from oral cancer, we want to raise awareness about the cancer and the importance of regular cancer screenings. The death rate and long term prognosis for those with oral cancer continues to rise due to lack of education about the cancer. Not to mention, oral cancer doesn’t produce noticeable signs in its early stages. As a result, oral cancer is usually not diagnosed until it has reached the later stages or spread to other areas of the body. Thankfully, you can benefit from an oral cancer screening in Irving when visiting your dentist for a checkup.
END_OF_DOCUMENT_TOKEN_TO_BE_REPLACED